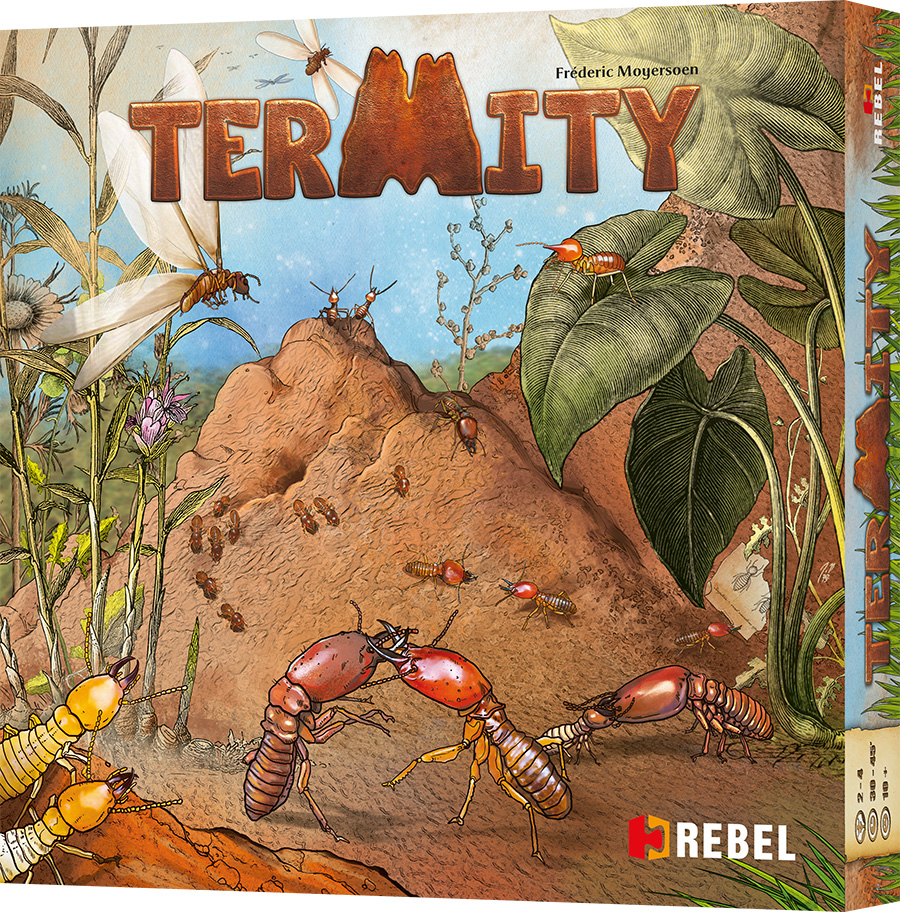 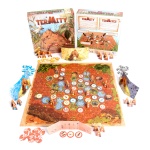 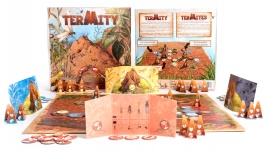 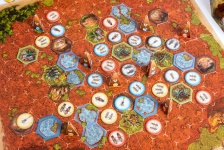 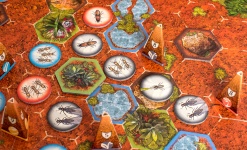 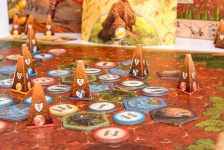 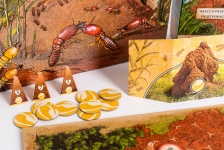 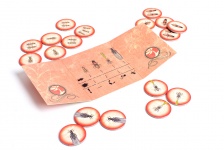 At first glance, life moves slowly on the sun-scorched plains of Africa. But there is more than meets the eye. There is eternal war among termite colonies in the grass. The territorial instinct drives them to continual battle. Tangible proof of their tenacity are the huge mounds that contain millions of insect warriors, always ready to defend their fortress.

Use your cleverness and strategic skill, fighting your opponents for survival, conquering mounds, and expanding into new territories.

Each player has 18 tokens representing units of fighting insects. A unit’s combat strength depends on the number of termites printed on it as well as the strength of their caste. There are 4 castes:

Battles are fought on various terrain tiles which affect efectivness of your Termites. During player turn each of them can put one unit on the board, move and attack other players unit or mounds.

The goal of the game is to take control of enemy and neutral mounds while defending one’s own. The winner is the player who owns the mounds with the highest total value at the end of the game.